Dhaka Lit Fest is back again at the historic premises of the Bangla Academy after three years – marking a resurgence of Bangladeshi literary culture, while vigorously enticing other cultures far beyond our own borders. The British Council is excited to partner with Dhaka Lit Fest again on its 10th anniversary edition to be held from 05-08 January 2023 at the Bangla Academy premises.

The British Council has been collaborating with the Dhaka Lit Fest since its inception and this year, the British Council is supporting three speakers and authors from the UK- Alexandra Pringle, Owen Sheers and Sarvat Hasin. Alexandra Pringle has been the British Group Editor-in Chief of Bloomsbury Publications who emerged as Editorial Assistant on the art magazine Art Monthly, and is a Patron of Index on Censorship. Owen Sheers, a Welsh poet, author, playwright and television presenter, is the winner of Eric Gregory Award and 1999 Vogue Talent Contest for Young Writers. Sarvat Hasin is a University of Oxford graduate author who has been longlisted for the DSC Prize for South Asian Literature for her earlier book ‘This Wide Night’. British Council will be organising outreach activities like talks and workshops with the three UK authors in Dhaka and Chattogram with the aim to enrich the next generation of Bangladeshi leaders and strengthen their link with the UK, while making Bangladeshi literature accessible in the UK by bringing authors and discussions to our premises. On Monday 09 January 2023, a creative writing workshop with teachers will be arranged by British Council with Sarvat Hasin at the British Council Fuller Road premises, as well as an intimate talk with Alexandra Pringle focusing on writing and publishing.

British Council will also be supporting workshops for university students which will be conducted by Owen Sheers in two universities in Chattogram focusing on poetry and
climate change.

The British Council has been collaborating with the Dhaka Lit Fest since its initiation as part of Hay Festival International in 2011, and since then it has grown into an independent festival hosted on the historic Bangla Academy grounds, bringing together Bangladeshi and international literary influencers to an audience of 20,000 annually. Tickets to Dhaka Lit Fest 2023 are available online at https://www.dhakalitfest.com/register and offline at select locations. 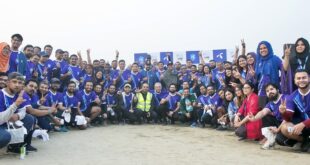 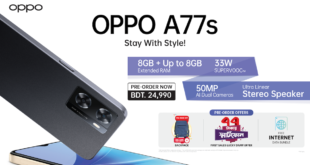 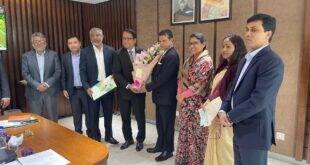 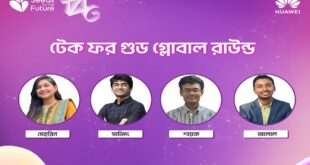