JSC Routine 2017 All Education Board Bangladesh 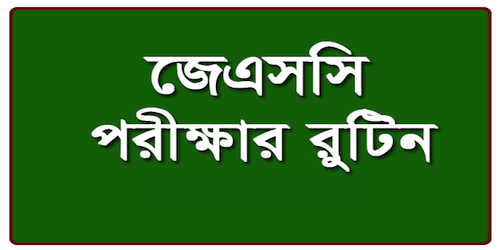 Generally, Every year JSC exam is generally held on 1st or 3rd November and JSC Routine 2017 publish few months ago of JSC exam. JSC and JDC both exams will start at same time and same day across the country. This year JSC Routine 2017 has been published on 23rd August 2017 on Dhaka Education Board’s official website which is www.dhakaeducationboard.gov.bd.

Junior School Certificate (JSC) Exam Routine 2017 has been published on Dhaka Education Board website www.dhakaeducationboard.gov.bd. You can also download easily JSC Routine 2017 both in JPEG and PDF format from our website. Details routine has been given below: JSC Routine 2017 are applicable for these education boards:

JSC examinations are being held since 2010. JSC is a public exam. JSC Exam has managed by education boards of Bangladesh. Every year huge number of student comes out across the country under education boards. Students who are studying in class eight now, they must appear & pass in the JSC exam 2017 to admit in class nine. This is the eighth time JSC Exam will be held 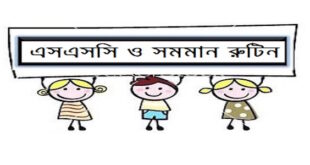