Seminar on “Public-Private Partnership for Entrepreneurial Venture: Perspectives of Bangladesh” at DScE 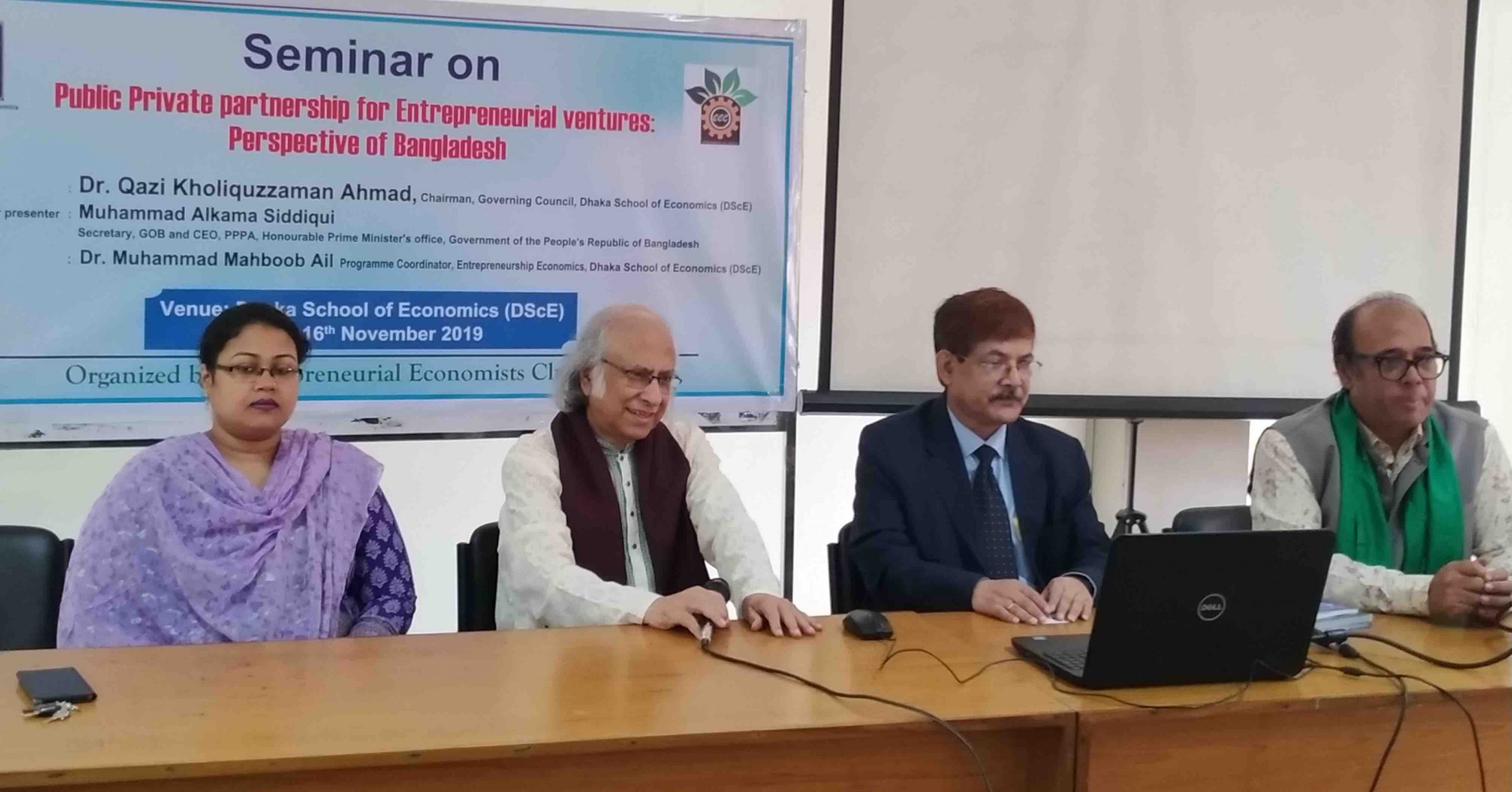 Palli Karma-Sahayak Foundation (PKSF) Chairman Dr Qazi Kholiquzzaman Ahmad said PPP is good an initiative for balanced development, but scope for inclusion of private sector has to be increased.He opined ease of doing business and introduction of one stop services also have to be ensured to become successful in PPP.He commented that admission process of 4 years entrepreneurial economics programme under Dhaka University has been started and Economic Incubator will be established in DScE under PPP.

DScE Entrepreneurship Economics Course Coordinator Professor Muhammad Mahboob Ali said PPP could be a successful model for Bangladesh, as neighboring India has been implementing different initiatives under PPP .He urged the government to wipe out the existing barriers for implementing PPP successfully.Trust must be created among public -private partners and praised that BARI scientists who first released high-yielding Chives-1 in 2017 which has been thought of as an alternative to onion-garlic and now needs Govt. patronizing. He also urged for establishing Societal bank to ensure prime minsters’s long desire to channelization of micro savings into micro investment.

Chief Executive Officer and Secretary of PPP Authority of Prime Minister’s Office Muhammad Alkama Siddiqui made a keynote presentation.He said the concept of PPP is not new in Bangladesh as it was exercised in 1996 in power sector for the first time.Mentioning that the present government after assuming in power has taken effective measures in implementing PPP, Siddiqui said currently many projects are being implemented under PPP.He said PPP has huge potentiality and opportunity for the development of country that is why PPP has to ensure for achieving SDGs. 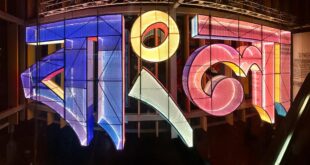 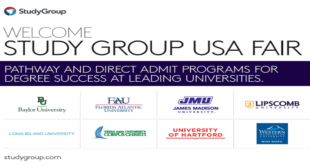 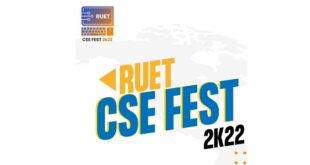 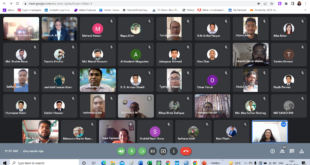 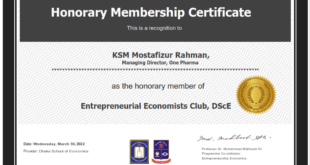 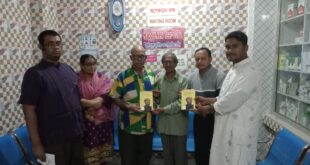